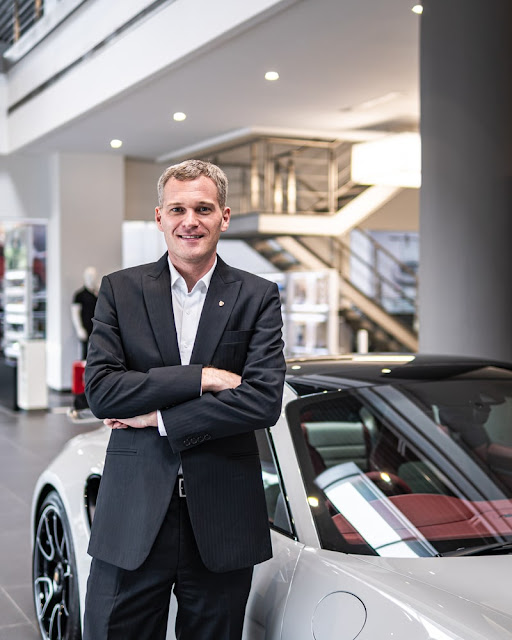 “Alexander Riedel has a strong background in the automotive industry and brings a wealth of experience in dealer management across Asia. I look forward to further growth at Porsche Centre Jakarta under Alexander’s leadership,” said Michael Vetter, Managing Director of Porsche Indonesia.

Mr. Riedel has previously held positions such as Aftersales Manager and Branch Manager across several luxury automotive brands and markets. Prior to his appointment in Jakarta, Mr. Riedel was the General Manager of Porsche Centre Surabaya.

“I had great experiences with our customers in Surabaya, and now I am ready to elevate the ownership experience at Porsche Centre Jakarta. Our aim is to provide a seamless and customer-centric Sales and Aftersales experience for our customers in and around Jakarta. With the positive feedback that we have received from the numerous model launches and events this year, I can hardly wait to reveal what is coming next,” concluded Mr. Riedel.

The first half of 2022 saw a diverse and thrilling range of models being launched in Indonesia; from the third generation of the Macan, the seventh generation of the 911 GT3, the Cayenne and Panamera E-Hybrid models and finally, the Porsche Exclusive Manufaktur 911 “Chili,” designed by Porsche Indonesia.

Porsche Indonesia was established in 2004 and is operated by Eurokars Group Indonesia. PT Eurokars Artha Utama is the sole authorised distributor of Porsche in Indonesia with Porsche Centres in Jakarta and Surabaya respectively. The state-of-the-art Porsche Centre Jakarta located at Jalan Sultan Iskandar Muda No. 51, Arteri Pondok Indah, is one of the largest Porsche Centres in Southeast Asia with a display space of up to 20 cars in the 2-story Showroom and a large Porsche Service Center with a total of 10 workbays.

Built around the 3S concept – Sales, Service and Spare Parts – as well as the distinctive Porsche corporate identity, the stylish and modern showroom on two floors exudes a welcoming environment while providing a unique purchase and ownership experience for Porsche customers.

It consists of a Porsche Driver’s Selection boutique; an Exclusive Fitting Lounge for custom tailoring; a Customer Lounge, and a Carrera Café. Porsche Center Jakarta is appointed by Porsche AG as one of only two “Exclusive Manufaktur Partners” in the entire Asia Pacific region.