The successor to the Honda WR-V uses a Brio platform? 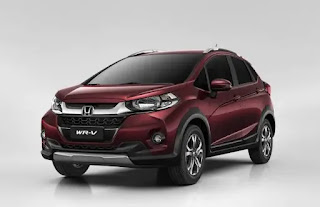 Jakarta, Otojatim.com It might sound foreign to hear the name WR-V, but the car market in Brazil will reportedly use a platform from the Honda Brio. This news was spread on social media after an Instagram account named B-channel leaked the appearance of the RS SUV concept, or the WR-V, for the Indonesian market.

Because WR-V uses the basis of the Honda Jazz, both GE8 and GK5. Unfortunately, this platform base must stop production and be forced to stop production of WR-V. Therefore, Honda tries to fulfill consumer desires.

Reportedly the successor from the WR-V itself took the base from the Honda Brio and BR-V. At first glance, it will be a strong competitor from Raize-Rocky.

In form, it is different from the RS SUV concept, but a little similarity can be seen in the shape of this car. Even netizens said that this was a short version of BR-V. Somehow they could think there, while we did not see the similarity between the two cars.

Okay, the engine is rumored to have a capacity of 1,500 cc with four variants. Meanwhile, even if it refers to NJKB, the price is likely to play at 190 million to 280 million. However, all of that is still confusing the price certainty.